The first release of a sound program taught by Jan St. Werner at Akademie der Bildenden Künste Nürnberg, Germany. Werner is mostly known for his work as a member of the electric duo Mouse on Mars. With his project-based class DAF he researches the liminal areas of sound, where the acoustic material could concretise into music, but could also take another, unforeseen road. The first publication consists of recordings made during the annual exhibition of the academy of fine arts. Microphones, positioned more or less randomly in various studios and other locations across the campus, recorded sounds, voices, atmospheres, and musical fragments. These were then transmitted through a two kilometre long network of cables back into the class pavilion, where they were processed through a mixer unit into stereo sound. Each student had their own time frame to mix the sound and decide how the piece should develop. Sounds were filtered, linked, analysed, selected, and arranged as a mix that was broadcast by a vhf transmitter across the campus. A final edit of these recordings was made by the students and Jan St. Werner." (label info) gatefold cover, fold out poster, edition of 300 copies 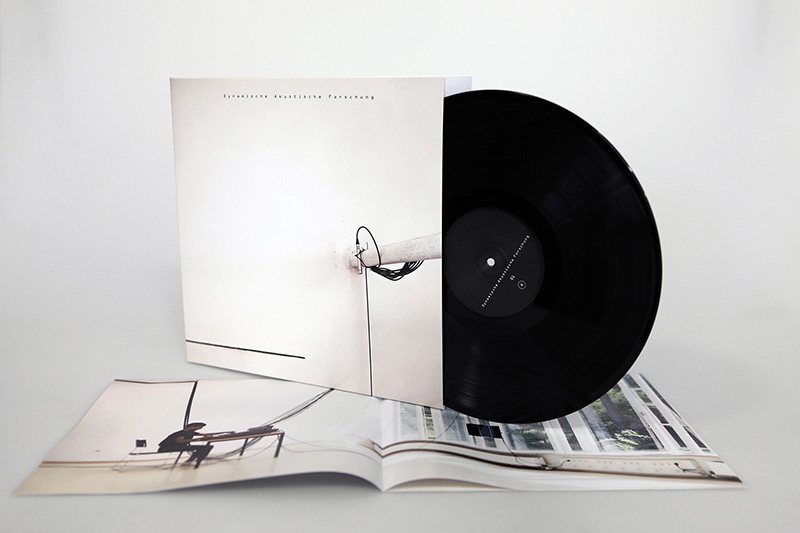